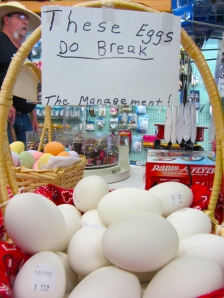 I asked him what he was testing for.

“I’ve taken my dog on planes this entire year. It’s never been a problem before.”

The first machine was broken. He lumbered towards another.

“This is not my country,” I told him. Straight up. “This is not America.” My dog, tucked under my arm, stared at me wide-eyed as we followed the guy from machine to broken machine.

“We have to treat everyone like the enemy so we can keep everyone safe.”

That’s what he told me.

At which point, I started to cry.

I’ve traveled a lot lately. Across North America, into South America, over the ocean to several different continents.

One thing I’ve noticed – the land mass that I live on, the one called North America, isn’t really a country. It’s a jumble of misguided expectations wrapped in some really pretty views.

Maybe it’s more like a bunch of culturally diverse, politically incompatible, religiously schizophrenic neighboring countries that can barely stand to look at each other, but do because no one can agree to whose responsibility it is to build the fence. It’s always the other guy’s responsibility. And the other guy’s fault.

There are beautiful, magical, majestic places here, and we’re lucky enough to have the  freedom of movement to visit them. But, most people don’t stray too far from home.

There are beautiful, magical, and majestic ideas and people and things everywhere, but it seems that most people are afraid to talk, and more afraid to sit still and listen.

The island I live on is a doorway through which people from all over the world come together and prove that when you’re riding on a crowded, sweaty subway car in the middle of summer, pride takes a back seat to tolerance. And sometimes kindness will surreptitiously wedge itself between strangers who never look each other, never acknowledge the small shifts and turns one makes in order to make someone else more comfortable.

As far as I can tell, even if you don’t like your neighbors, facing them every day tends to make you a little bit of a better person.

Here’s what a date in Texas hill country looks like: a ten-mile uphill hike on a rocky trail on a hot, steamy day.

The sun hangs in the sky and stares. The grass and trees stretch, languid, looking for relief. Cacti tease you with heavily guarded fruits, and the sharp sting of sunblock blinds as it slides sadly into your eyes.

But when the stinging subsides, and the breeze stands still, and you stop to look where you’ve been and where you’re going, a slow, stately, and clever beauty whispers to you from a path that looks like running water, but is really stone upon white stone…

I’ve been thinking about pride. Pride in oneself, in one’s surroundings, in one’s possessions, and accomplishments. I think about that TSA officer, that nice old man who proudly explained to me that by treating me like a threat, he was keeping me safe. I think about the pride behind his bogus badge and his crisp blue shirt.

According to the dictionary, pride is, among other things, “a high or inordinate opinion of one’s own dignity, importance, merit, or superiority, whether cherished in the mind or as displayed in bearing, conduct, etc.”

I think about the things I’m proudest of and realize pride looks backwards, sometimes to a past that never imagined me. To walk with pride, is to walk with my back towards the future, to see who I’ve been or imagine how my ancestors dreamt of me. It’s a shallow, simplified, and misunderstood interpretation of events I take ownership of, even though they’re not mine to own.

How to eat lobster in Texas:

Drive four lobsters from Maine to Texas in the cab of a pick-up truck. Tenderly drizzle water on them as they prepare for their fate in a dark, cardboard box.

Search the kitchen for a corkscrew to open the wine.

Search the house for a corkscrew to open the wine.

Search the garage for a power tool and drill bit to open the wine.

Settle for an open box of wine.

Sit on the porch with five dogs and a cowboy while lobsters scream in the pot until slightly over-cooked.

Once lobsters are slightly over-cooked and laying on a bed of mashed potatoes, peel the tail meat away, dip in a vat of butter placed artfully in the middle of the table.

Pry open the insides of lobster and dismember legs and claws.

Search kitchen for a nut cracker.

Search house for a nut cracker.

Search garage for a hammer.

Settle for a wrench.

Watch the dogs watch you.

I don’t think there’s anything wrong with pride, so long as it’s mitigated with love and mixed with humility. A sweet backwards glance at an accomplishment… the memory of a beautiful smell… the swelling in one’s heart for having lived an adventure or having spun an amazing tale…

But, I believe it’s as important to sit in places you don’t know, where you can’t see the past, and where no one knows who you think you are. To erase everything so that you can listen.

Those poor lobsters. Traveled all the way from Maine to Texas to get whacked on the claw with a wrench. Cowboy style.

That cowboy was so proud when he got those claws opened.

4 thoughts on “How to Eat Lobster in Texas”