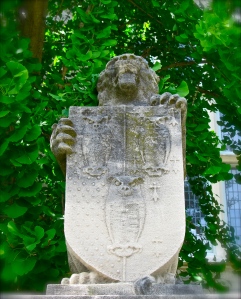 There’s a place in Philadelphia called the Mutter Museum. It’s a medical museum that features curious medical conditions, antique instruments, and medical oddities, such as the largest colon ever, and the body of a woman who turned into soap. Hearing about the museum makes me regret not having been more adventurous when I was at Bryn Mawr.

It was a time before cellphones. The internet existed, but for most of us, it was a vague notion. And, despite it’s moniker, “City of Brotherly Love,” you could cut the racial tension in Philadelphia with a knife.

My Pennsylvania date, zany, funny, quirky, and cute, tells me it is his fantasy to work at the Mutter. This alone makes me regret having lied to him.

“What happened next,” he asks as the senior citizens shuffle out of the cafe.

“You really want to know?”

He sips his coffee. Swallows. Nods. “Tell me.”

Junior year is pretty quiet. I move off campus with two Villanova students. I sleep on a blanket on the floor of my room, since I can’t afford a bed. My roommates and I spend most of our time in the kitchen, cooking, talking, laughing, crying.

On the day the U.S. invades Kuwait, my friend, Robyn Epstein, a red-headed writer with coke-bottle glasses, and I listen to the news in the kitchen. Later, she reclines on the blankets I use as my bed as I dig through the books on my floor. “Are you straight,” she asks in a sultry voice.

She never brings it up again.

I take eight classes both semesters, including two English classes with a professor who expresses, clearly, her distaste for me, and a geology class for my science requirement.  I rarely see those mean girls. The Swarthmore Theater Department casts me in their production of Caucasian Chalk Circle. I’m getting by.

I choose the performance. The class will remain on record as an ‘incomplete’ until I take the trip. Disgusted, I buy a one-way bus ticket to Berkeley, CA. I have no plans. No goals other than to get as far away as I can. My friend and I board the bus at the end of May. Four days of stalled buses, endless cornfields, strange conversations, and bad coffee. 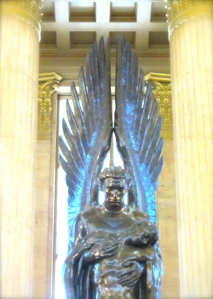 “You’re like Holden Caufield.” He leans into his sandwich. Mouth full, he utters something.

“I once dated a girl who told me I talk with food in my mouth.”

“We’d better go if we want to see the campus,” I say. After all, I’ve come all this way.

“Let me finish my sandwich.”

I’ve reached the sugar on the bottom of my coffee. Pure sweetness and ice.

My first job in Berkeley: frying donuts at King Pin. I sell t-shirts on Telegraph Avenue, and eventually wriggle into selling jewelry and piercing ears. I date a dangerous looking Telegraph Avenue regular with prison tattoos and a six-pack stomach. I’ve never met anyone like him before.

I move into his garage apartment. Unfortunately, he forgets to tell me that there’s another girl headed to Berkeley on a bus who is planning to do the same. Our affair is tumultuous, erratic, endlessly fascinating.

One day, while standing over the donut fryer, I decide to finish school. It turns out that I can graduate on time, since I’ve taken so many classes. Only my thesis, the geology field trip, and a fourteen minute swim test stand in my way.

“We’ll spin around the campus in my car,” he offers. Time is running out. I regret having paid for the early ride home. But, I have stuff to do, a dog to walk, people to see. He apologizes again for being late.

“I told the office that I might show up today,” he says, “but not to worry. I know I don’t start until Thursday.

We pull into the lot.

I step out of the car and have a look around. “I don’t remember this place at all.”

I move out of the garage, hauling two garbage bags of my stuff down the hill to my friend’s car. It’s the first of September. By Christmas, I’m on the train back east.

I use my journal as fodder for my thesis, a short story told in clipped style about a girl who meets a dangerous looking guy. They date. She moves in. She moves out. He stalks her through the fall, but is so bad at it that she can see his feet poking out from the corners of the buildings he’s hiding behind. It ends with a fire that destroys 500 homes in the Berkeley and Oakland hills, including the house they lived in. Reconciled for a moment, they stand on a hill across town and watch the flames. “You should call Frank,” she says. “Make sure your house is okay.”

“The house is fine.”

The Santa Ana winds blow through his stringy hair. Their eyes sting from the smoke. A crowd gathers and watches, silent.

“I don’t even know what I’m looking at,” she mutters. She’s never seen anything like this before.

Why not, I reason. Write what you know.

“Will you look at this place?”

It’s so green, lush. The gothic styled building are straight out of a fairy tale.

“I lived there… I think… No, I didn’t… That’s Erdman… No, that’s Erdman… I think there’s a dining hall in that building… I wish I could find the fountain.”

We cut through Wyndham, to the middle of campus. Look at the Senior Walk. It’s time to go.

My thesis advisor, a pained academic attached to Saint Augustine and tan berets, worries that I’m crazy. And then he worries that I’m sane. He agrees to my thesis idea, confessing that once he started, he couldn’t stop reading. The story is risky, dirty, even, pulsing beneath the narrator’s tight-lipped illusion of control. A studied manipulator, he yanks me around, first complimenting, then degrading me. Thankfully, I see through his techniques and ask my playwriting teacher to offer an objective eye.

The geology field trip, once again, conflicts with a performance, an all female experimental interpretation of Death of a Salesman. The teacher this year is an inflexible old man with a chip on his shoulder. Until the day before both performance and field trip, I don’t know which I’ll choose. And then, last minute, I’m somehow able to do both.

Strapped in the car, stuck in traffic, the clock ticking. My 3:20 train is farther and farther away. For the first time, we’re silent, my date and I.

He apologizes, I surrender. And somehow, minutes to spare, I’m sitting on the train. Riding backwards. Laughing.

I beat it after my last class. Instead of graduation, I’m on a train to Berkeley. Bryn Mawr grows smaller and smaller, until it’s a tiny blip in the distance. My thesis is tucked safely under my arm, as if it will do me any good anywhere else but there. 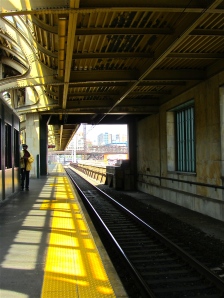