5 a.m.: Wake up and roll out of bed. Meet a car on your stoop to drive you to that pimple on the face of the FAA, LaGuardia Airport. Get lost a few different ways before entering airport. Secure your ticket to Omaha. You’re on your way!

6 a.m. Endure the early morning assault of angry fluorescents as you make your way through the highly dysfunctional security lines where angry, post-pubescent TSA employees treat you with unique indifference and disdain. Witness their peevish attitudes of antipathy mixed with apathy – second only to the extraordinarily mean and petty elder TSA employees in Chicago.

If a fish rots from the head down, as they say. LaGuardia airport’s fish head clearly decomposed years ago

6:30 a.m.: Just past the often overwhelmed Dunkin’ Donuts kiosk in Terminal B, find the gateways to the only good reason to come to LaGuardia Airport – Southwest Airlines. Notice that the lines have stalled. Sit by the gate entrance and listed for flight delay information. Ask the nice lady with the microphone what you should do should you miss your connection. Peruse the New York Times article: “36 hours in Omaha,” circle points of interest, and plan the day ahead, despite sinking suspicion that the next 36 hours will be spent someplace else.

7:12 a.m.: Check flight status. Eavesdrop on conversation between airline employee and mysterious decision-maker and/or messenger type on other end of her phone. Ascertain that nothing this morning is going as planned for almost every person there, and relish in the metaphorical one-ness of all of humanity stuck in a dingy, dirty, smelly, ugly airport.

7:14 a.m.: Speak to a customer representative at service desk. Ask representative if you can change flight to San Francisco. Marvel at the dissatisfied couple yelling at the customer service employees for the policies of the FAA, given that planes are grounded not out of some strange conspiracy to keep them from their daughter’s wedding, but rather because some asshole tried to burn down a radar facility while trying to slit his own throat. Lose compassion for couple, as they are cantankerous and self-entitled. And because husband sports long hair and a comb over.

Surrender to being stranded at home.

7:26 a.m.: Walk way from the gate. Should a fellow customer ask why you are leaving, as cancellation has not yet been announced, tell them you are going apple picking.

8:15 a.m.: Arrive home, confirm for personal edification that flight has been canceled.

11:17 a.m.: Agree to drive north with friend who has not recently become a father, but does have a car, to a surprise location.

Enjoy beginnings of fall foliage lining the Saw-Mill River Parkway as you co-author the beginnings of what is sure to be a Pulitzer Prize winning a novel (excerpt below).

12:30 p.m.: Arrive at Old Rhinebeck Aerodrome. Find seat in field and watch antique airplane air show. Consider the history of flight, from their Curtiss Pusher Model D to their DeHavilland DH.82 Tiger Moth. Marvel at the poetry of stunt flying and admire shiny planes do what they were built to do. Fly.

Enjoys tales of Manhattan resident and plane enthusiast who built a life-size plane model in his New York City studio apartment. Wonder if people in Omaha are having as much fun as you.

4:30 p.m.: Meander through the historic Kensico Cemetery (273 Lakeview Ave, Valhalla, NY). Perhaps you will be lucky enough to catch a Korean funereal with marching band from afar. Read tombstone names and dates. Wonder at the lives lived and the stories buried under their grounds.

6 p.m.: Arrive back home. Eat an apple with peanut butter, take a bath in your own bathtub, read in bed, and fall asleep earlier than is proper. 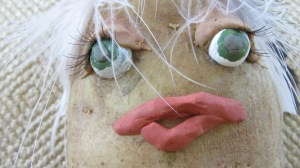 8 a.m.: Splurge on another expensive coffee drink at fancy cafe.

Run into dog walking buddy, buy her coffee and pet her dog as she regales you with stories about New York in the eighties. Luxuriate in the last gasps of summer. People watch.

10 a.m.: Enjoy second coffee while plotting a new project at the outdoor tables of 181 Cabrini (181st St. and Cabrini Avenue). Sit at table with yellow pad and until a random friend passes by and joins you.

2 p.m. Attend a Broadway show (Cabaret) on account of your exceptionally talented friend performing in a principal role. Blubber at all the right points because you forget that she is anyone but the character she portrays. She’s that good.

4:45 p.m. Wander through the backstage of theater trying to find an exit after visiting friend.

Remind yourself never to cry over a missed flight.

Excerpt from my co-authored soon be award-winning novel, Drive North:

There I was; I though I was gonna die. Between the burger, the pizza, the apple pie, though I only ate three slices, and the mango, which seemed like a good idea at the time, my stomach was in knots.

My stomach. It’s always been a barometer for my emotional well-being, regardless of what I eat. So, sitting backstage, waiting to perform my spoon dance in front of thousands of people for a chance to be on national t.v. and change my life seemed, in that moment, like a VERY BAD IDEA.

The competition was fierce, though I knew no one possessed the special skills that I have with moving cutlery and flatware. Still, competing against a contortionist who I’ve seen slide a twenty-six inch kiebalsa down her throat and back up again whole was daunting.The other guys, the card trick magician, the jello-juggler, the clown who made funny noises with his body parts, they didn’t faze me a bit. But Mitsy, in her gold lame ball gown and six inch heels, was invincible.

Aside from the sound of jello slapping the floor the room was silent, the tension thick. the kid who tap-danced on his hands and knees had just taken his bow. In two acts, I would be up.

How I wished I hadn’t eaten that mango…