Right about now, I hear the doctor stirring behind that closed door down the hall. The receptionist is rolling her ankles and cracking her neck. Though the waiting room is quiet, it feels like someone new will be coming through the elevator doors any moment now.

According to the astrologer, I have five more days in the waiting room until the elevator doors open and I ride to the ground floor. I’ll step out onto the sidewalk to meet my new self.

Nothing has changed. The walls are still white, the sky outside the window is still blue. I’m still sitting in a seat without a book. But something’s different. I’m feeling itchy, excited, and blinded by the unknown. I’ve borrowed a ballpoint pen from the receptionist and have smoothed out a previously wadded up napkin I found at the bottom of my bag. Pen poised, I am ready for any random, napkin-worthy thought to cross my mind.

Some days it’s a chore to write. Other days it’s a gift. Often, it’s a lesson in listening. And every once in a while, it’s a wild romp, a jump off a cliff, a whirling dance, and a swim in the ocean all at once.

I breathe in, listen for a hint of movement behind the closed door, breathe out. The pen hovers and then descends onto the flimsy paper, held taut between my left index finger and thumb.

I write. “a year of living dangerously.” The paper wants to give way underneath the pull of the ballpoint, but it takes the weight of the words.

“What does it mean,” I whisper to myself. The receptionist arches an eyebrow.

I feel like I’m standing on a floating rock in the middle of a sea of white. I don’t know what happens next. I can’t see past January first. The only thing that’s an absolute probability is that I’ll show up to work on January 2nd. And if I do, I almost certainly will be wearing clothes.

Everything else is up in the air.

I’m sitting behind a martini, my second of the night. Obi and I both have blank sheets of paper on the table in front of us. Mine is curled in the corner from a drop of spilled olive juice. His is unscathed. He has a pen; I have a pen. We’re writing our 100 – a yearly ritual of mine where I create a list of 100 goals for the year, some are simple, some attainable, some esoteric, and some out of reach. “Fix my shoes,” is always at the top of the list, if only to remind myself that even mundane accomplishments deserve a place of celebration and acknowledgment. “Eat croissants in Paris” always makes it on the list as well, but it hasn’t happened yet. 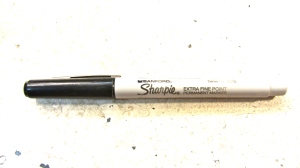 “My goal on last year’s 100 was to complete twenty states total. I don’t think I’ll pass nineteen,” I confess. “Holiday travel is hard to book and stupidly expensive. The holidays are upon us, Twenty is a pipe dream. Nineteen is slipping from my grasp.”

“Do twelve next year,” is what he offers, which is just like a man. I cast him a withering glance. “You can do it. Easy.”

And so, instead of working on the 100, we map out a plan on the back pages of my notebook.

Baltimore. 2013. Monday day trip with happy hour. The bus is $14 dollars to get there and $11 to get back. I just need to find a Monday that’s free and clear of obligation.

Virginia will have to wait.

“I’ll New Orleans January on a Sunday Monday if I can get a Sunday off. I think I have a place to stay, though I don’t know for certain, but airfare is cheap. I could do an Arizona New Mexico, but that’ll take some time and maybe I’d rather do a Las Vegas Hawaii big trip while it’s cold in New York if I can get the time off and I think I can –“

“I used to date someone there.“

“It’s a hub. Rhode Island day trip. Single people are kind of strange in Providence. Maine  New Hampshire is long weekend. Cincinnati Kentucky could be a Sunday Monday Tuesday. And I want to meet a blacksmith in Colonial Williamsburg.”

“How about Montana Idaho Wyoming?”

“Yeah! You should come. We’ll do a dating tour. We’ll be meta-dates.”

America in search of fair misters to save. I’ll open the doors of their imagination, teach them to see possibility in a new light. And though I am merely a vision with an easy laugh, armed and protected by plastic teeth and a furrowed brow, I’ll show them how to envision the best of what’s to come. I am part superhero, part fool, endowed with magical powers thrust upon me in a dream, held accountable by a bird-like woman who spotted me in a crowd and professed that my dreams are visions and my vision are real.

Almost all who flirt with me will find love with someone new.

I am The Placeholder.

At the beginning of the year, standing in the stairwell at work, I told Kelly that 2013 was the year of the wings.

She asked if that was a Chinese New Year thing.

I told her it was an Amy thing.

This year, 2014, may very well be the time where vulnerability and strength meet, bond, and become partners in the long walk through life.

I’ll greet this year with my arms out in front so I won’t walk into walls or stub my toes. I’ll summon the courage I’ll need to roll out of bed every morning and walk out the door. I’ll chip away at my 100, even though they seem random and out a place when nothing is known and anything can happen.

This year is the year of living dangerously.

I stare at the napkin. The napkin stares back at me. I’m beginning to wonder if I imagined the noise behind the door down the hall. The receptionist sits behind the desk, twirling her hair.

Maybe this a waiting room for her, too. Maybe she’s a super hero. Maybe she’ll take the elevator with me to the ground floor to meet her new self.

Only time will tell.

3 thoughts on “A Year of Living Dangerously”